Posted at 20:30h in Popular Online by mark
Share

Last week, Christianity Today released my review article of Paul Kalanithi’s amazing book, When Breath Becomes Air. He was a Stanford neurosurgeon who was diagnosed with an incurable cancer when he was 35. In the midst of the shadow of death placed upon him, he found his life invigorated in new and profound ways. Most reviews of his book have not highlighted his faith. But when you look for it, the book portrays a renewal and rediscovery of Christian hope.

It’s an extraordinary book, which points to hope that not even death can defeat. I cannot recommend this book enough; you can read the whole review here or at ChristianityToday.com.

Cancer, Where Is Your Sting?

A neurosurgeon discovers hope and healing in the face of a terminal diagnosis.

Paul Kalanithi, a Stanford neurosurgeon, had devoted his life to a vision of helping the dying. But just as he was finishing his residency, terminal illness paid a personal visit.

Kalanithi died in March 2015, almost a year before the release of his extraordinary memoir, When Breath Becomes Air. The book (a No. 1 New York Times bestseller) tells the story of his incurable diagnosis, and the way he found his life reinvigorated in the shadow of death. And even though many readers miss this theme, the story shows how he and his wife, Lucy, both doctors, grew to understand Christianity’s promise of new life in profound ways.

As a reader, I have an unfortunate kinship with Kalanithi. I was diagnosed with an incurable cancer less than a year before he received his medical “death sentence.” I was 39; he was 35. Like Paul and Lucy, my wife and I found our lives in a fog. A sinister arithmetic shattered our hopes and plans for the decades ahead: the disease could bring death within months, or years, or decades. We were told to live one day at a time. Kalanithi received the same advice, but found it sorely inadequate. He cuts through this cliché with a surgeon’s scalpel:

The way forward would seem obvious, if only I knew how many months or years I had left. Tell me three months, I’d spend time with family. Tell me one year, I’d write a book. Give me ten years, I’d get back to treating diseases. The truth that you live one day at a time didn’t help: What was I supposed to do with that day?

In prose that verges on poetic, Kalanithi exposes the chasm between doctor and patient, one he had never recognized during years of carefully treating dozens of dying patients. He does not offer self-help “lessons” or present himself as a “hero” in the war on cancer. Instead, as a lover of medicine, he fearlessly points to both its potential and its profound limits.

While Kalanithi wrote this book after his diagnosis (in the final 20 months of his life), he found that as he looked back, his whole life seemed to be preparing him for this trial. In college and graduate school, he was obsessed with death and the meaning of life. He studied literature and philosophy with great earnestness. Ultimately, he chose one of the most rigorous medical routes—neuroscience—because it confronted these questions concretely, with real people. He wanted to be present to those with severe brain damage and their families. He could not be their savior, but he could help them navigate their excruciating end-of-life decisions.

Sometimes he acted, in his own words, as “death’s enemy.” But often, he had to be “its ambassador,” preparing his patients for what was to come: “They see the past, the accumulation of memories, the freshly felt love, all represented by the body before them. I see the possible futures, the breathing machines connected through a surgical opening in the neck, the pasty liquid dripping in through a hole in the belly, the possible long, painful, and only partial recovery.” Kalanithi directed his life’s quest toward facing these realities head-on in the presence of the dying. “Had I been more religious in my youth, I might have become a pastor” for the dying, he observes. “For it was the pastoral role that I sought.”

Kalanithi’s work took a toll on his marriage. The years he and Lucy spent working long hours in their residencies left them emotionally isolated. When Paul started to worry that he might have cancer, he withdrew. “I feel like we’re connected halfway,” Lucy told him. She needed a week apart to consider the state of their marriage.

Indeed, the medical work was emotionally taxing. Paul describes his friendship with Jeff, another surgeon, as they swapped stories. A recent surgery performed by Paul had not worked; the child had died. Jeff had similar stories, but was unable to open up. Several years later, Paul received an unexpected phone call from his co-resident, Victoria.

Something was wrong. My stomach tightened.

“It’s Jeff. He killed himself… He, uh—he apparently had a difficult complication, and his patient died. Last night he climbed onto the roof of a building and jumped off. I don’t really know anything else.”

Kalanithi counts the costs of his quest without sentimentality. He does not respond with the typical American scripts: that becoming an excellent surgeon was somehow “worth” the marital strife, or that doctors are heroes who save lives. Instead, he points to the profound limits of human medicine and human action itself.

“I wish, desperately, that I could’ve been walking with [Jeff] out the door of the hospital that evening,” because “I could have told Jeff what I had come to understand about life, and our chosen way of life…death comes for all of us. For us, for our patients: it is our fate as living, breathing, metabolizing organisms.” Yet, as surgeons, they had bought into a lie. “We had assumed an onerous yoke, that of mortal responsibility.”

As he had come to see, “our patients’ lives and identities may be in our hands, yet death always wins. Even if you are perfect, the world isn’t. The secret is to know that the deck is stacked, that you will lose, that your hands or judgment will slip, and yet still struggle to win for your patients.” Kalanithi understood that even the best surgeon cannot “win” against the problem of death. And yet, there remains a responsibility to act with compassion in a world wracked with pain and need.

With story after story, Kalanithi shows how our ambitions to “save the world” run up against sharp limits. Our responses to shocking pain and evil are never enough, and we are likely to lose family, vocation, and perhaps even the desire to live if we do not honestly face our creaturely limits.

Yet Kalanithi goes further, pointing to the One who can face the problem of death. Though “raised in a devout Christian family,” he—“like most scientific types”—came to believe in a material, scientific worldview with no need for God. But he came to recognize this as a kind of idolatry, for science cannot comprehend “love, hate, meaning,” or, most of all, God. “Scientific methodology,” he writes, “is the product of human hands and thus cannot reach some permanent truth.” Science is useful, but limited. Like medicine, it is a helpful servant. But as a master, it will leave you unprepared for the questions that matter most: how to live, how to love, how to die, and whether there is a God who loves us in the midst of it all.

Much of Kalanithi’s perspective reflects the testimony of Ecclesiastes: “Vanity of vanities! All is vanity” (1:2). And yet the book is saturated with hope. His career ambitions go unrealized. His vision for the future is shattered. But in this valley of dry bones, we begin to see signs of new life. His marriage is healed and restored. He connects deeply with his Christian faith and his local Presbyterian congregation. And as he draws near to his last breath, his life takes a surprising turn.

A child. (The book is dedicated to her.) When God granted Abraham a son, he provided a covenant promise that would prevail even after Abraham’s death. As Christians, we can now confess this as a foretaste of resurrection hope: death will not have the final word; God’s promise will. And a child was its sign. At the end of Kalanithi’s passionate quest, he shares one moment when his restlessness finds repose: holding close his eight-month-old daughter, a sign of hope.

There is perhaps only one thing to say to this infant, who is all future, overlapping briefly with me, whose life, barring the improbable, is all but past.

The message is simple:

When you come to one of the many moments in life where you must give an account of yourself, provide a ledger of what you have been, and done, and meant to the world, do not, I pray, discount that you filled a dying man’s days with a sated joy, a joy unknown to me in all my prior years, a joy that does not hunger for more and more but rests, satisfied. In this time, right now, that is an enormous thing.

In the end, When Breath Becomes Air points to a healing much greater than what a doctor can accomplish, and a hope much greater than the sum of our ambitions. Kalanithi points to the God who meets us in the mess of our frailty and mortality, and solves the problem of death once and for all. For it is Christ alone who takes away death’s sting. His victory gives us hope that our dry bones will find life again. 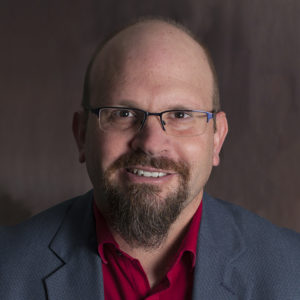